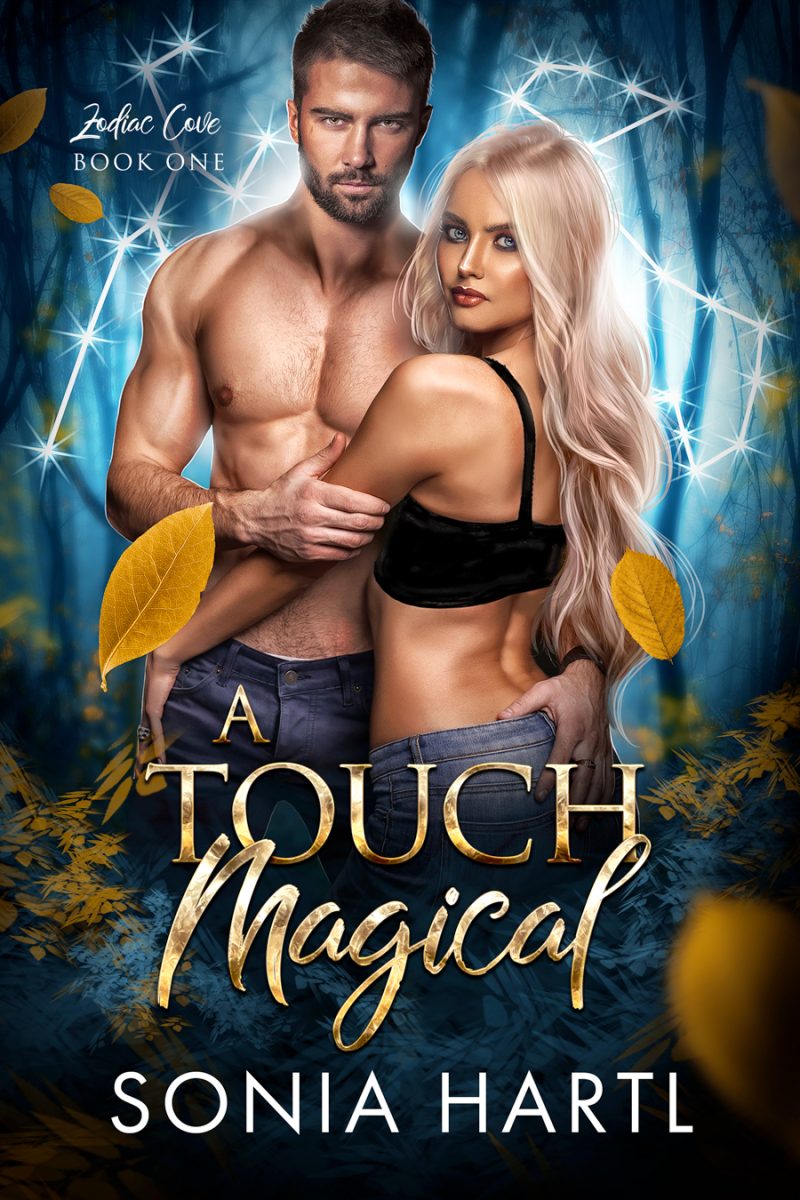 Three hundred years ago, the people of Zodiac Cove gave up their magic to stop Ophiuchus’s curse from sinking their island into the sea. As the resident shopkeeper of witchy odds and ends, Audrey Raynor has always believed in the legend. But when an earthquake releases the magic that had been binding the curse, the legend suddenly gets very real.

The descendants of the Zodiac have the power to stop the curse, and Audrey has Scorpio’s water magic running through her veins. The problem? In order to access that magic, she has to touch Wes Latham—an arrogant Taurus who happens to be her ex-boyfriend’s brother and the man who betrayed her four years ago.

Wes was born and raised in the charming celestial town and has always thought the legend was a bunch of bull used to drive tourist dollars. Until the night he’s able to hold lightning in his hands. Now fate has paired him with Audrey, the woman he’s been in love with for over a decade, who couldn’t be more off-limits.

The price of using their magic comes with an especially difficult side effect: the inability to keep their hands off each other. But as their partnership begins to heat up, the curse seeps into their minds, exploiting the hurt they’ve caused each other. If they can’t find a way to work through the past and learn how to harness their magic in the present, the curse will finish what it started centuries ago.

Read for FREE with Kindle Unlimited! Exclusively on Amazon