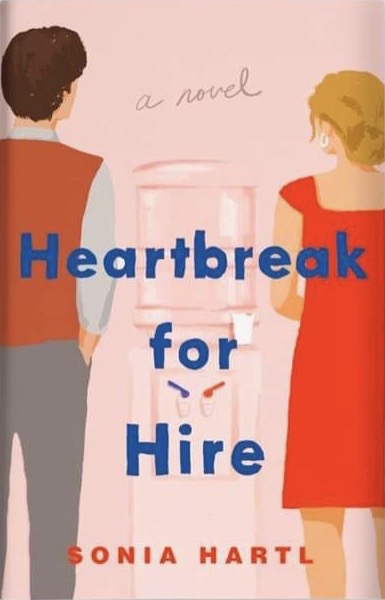 A smart, sexy, and witty romantic comedy—perfect for fans of Christina Lauren and Sally Thorne—about a twentysomething who lives out every woman’s fantasy: getting paid to give men who do us wrong a taste of their own medicine. But when a previous target unexpectedly shows up at her office, she’s forced to rethink her life as a professional heartbreaker.

Brinkley Saunders has a secret.

To everyone in the academic world she left behind, she lost it all when she dropped out of grad school. Once a rising star following in her mother’s footsteps, she’s now an administrative assistant at an insurance agency—or so they think.

In reality, Brinkley works at Heartbreak for Hire, a secret service that specializes in revenge for jilted lovers, frenemies, and long-suffering coworkers with a little cash to spare and a man who needs to be taken down a notch. It might not be as prestigious as academia, but it helps Brinkley save for her dream of opening an art gallery and lets her exorcise a few demons, all while helping to empower women.

But when her boss announces she’s hiring male heartbreakers for the first time, Brinkley’s no longer so sure she’s doing the right thing—especially when her new coworker turns out to be a target she was paid to take down. Though Mark spends his days struggling up the academic ladder, he seems to be the opposite of a backstabbing adjunct: a nerd at heart in criminally sexy sweater vests who’s attentive both in and out of the bedroom. But as Brinkley finds it increasingly more difficult to focus on anything but Mark, she soon realizes that like herself, people aren’t always who they appear to be.

With Sonia Hartl’s “bitingly funny” (Publishers Weekly) prose, Heartbreak for Hire is a clever romcom you and your girlfriends won’t be able to stop talking about.